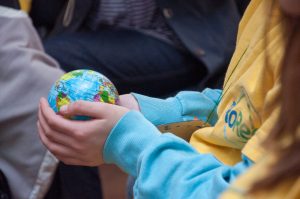 The total amount of e-waste collected in Romania thanks to the teachers and volunteer students in the Recycling Patrol program (since it started in 2011) reaches a new record – 6 million kilograms!

At the 2018-2019 edition of the program, 485 educational units registered as Recycling Patrols and 150 Supporter Schools attended the program, helping their colleagues.

“The community response to the Patrol calls has begun to materialize in large quantities of e-waste. Since September 2018 until June 2019 more than 2,600,000 kg of defective electrical appliances have been sent to the recycling due to the program. It is the largest quantity collected in a similar period of time so far, and definitely contributed to the record of 6,000,000 kg collected in total. This confirms that our program makes a difference in environmental education, in the community and in the way people look at social responsibility, so we rely on you to go further together! ” said Andreea Idriceanu calev, Communication Manager of the RoRec Association.

98 kindergartens, schools and high-schools win the local awards at the 8th Edition of the Recycling Patrol (“Supporters’ Edition”). They are the top volunteers who have mobilized their communities to recycle record amounts of WEEE.

The Recycling Patrol is a platform that successfully encourages the involvement of rural schools. One third of local winners are kindergartens, schools and high schools from villages and communes. For the children here, the program is a chance to prove their value, alongside schools in large cities. 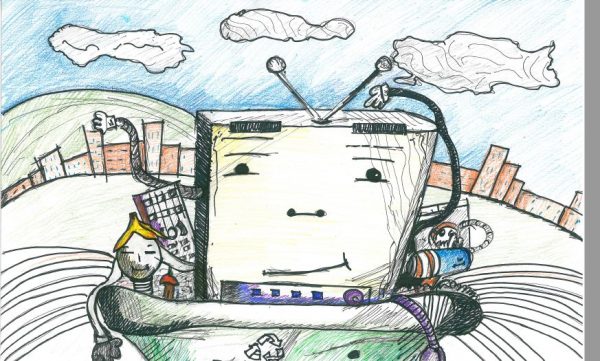 “When you do something good and show somebody that he can do the same, that person will also help others to understand that. That’s how we can become more, those who do the right thing, and thus we can really change something, “says one of the young Patrol Agents.

The impressive rate of re-enrollment of schools in the Recycling Patrol proves, first of all, that the

program is an appreciated experience for students and teachers. It also proves that their information and awareness raising activity is increasingly convincing families, businesses and authorities to properly discard defective or old electrical appliances.

And the edition is not over, but it goes into the decisive stage for the national awards!

National awards will be granted to local teams who will contribute to the collection of the largest quantities of WEEE/inhabitant in their county.

So, during the summer, the e-waste sent to recycling by consumers and organisations will count for the final awards of this edition. Those wishing to help students can dispose of e-waste very easy by calling the free of charge Green Line 0800 444 800 or by filling out the online form.

Thus, one of the largest and lasting environmental education programs in Romania continues with new performances and each of us is invited to contribute.