No batteries in the trash bin! The national competition of the Recycling Patrol hits its 2021 Edition

The COVID-19 pandemic might have stopped short many things, but not the young volunteers’ drive to encourage the used batteries collection all over Romania.

The kids and teachers enrolled in the Recycling Patrol compete in the 2021 edition of the national contest `No batteries in the trash bin!”, initiated by the Volens Association with the support of E-Recycling Services (ERS) and of the RoRec Association. 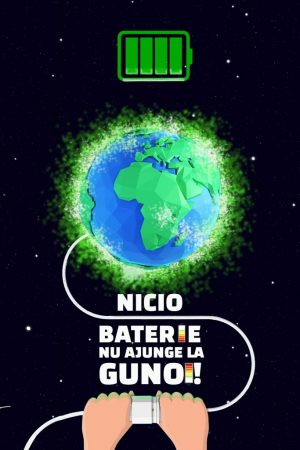 Throughout the summer, the teams will strive to promote the responsible collection of spent batteries and accumulators, through creative activities and communication. The schools that will collect the largest quantities of batteries will be awarded.

Last year’s edition saw inspiring actions, especially from the teams in rural areas. KIndergartens and schools from villages made a massive impact on their neighbours, with, maybe, the most unexpected „fans”. Grandparents worked with the children to convince other elderly members of the community to give away batteries and other broken or old appliances. The competition also got the pupils to create original recipients for the collection of batteries, from recyclable materials.

Celebrating the 10th anniversary by going back to the original mission

This year’s edition is special – the Recycling Patrol celebrates its 10th anniversary. The competition marks the first objective of the program – the selective collection of e-waste and used batteries.

„The Recycling Patrol started its journey, 10 years ago, with a handful of pioneers – teachers and pupils, who took on the job of raising awareness on the importance of recycling e-waste. This is what we did, for the first 8 years. This enabled the Recycling Patrol to be acknowledged country-wide and expand into a national platform for environmental education focused on several major climate topics. Some sceptics told us, back then, that we weren’t going to change the world with a battery. Well, we did change the world, one battery at a time. Not only tens of thousands of such used items got recycled instead of ending up in landfills, but, most importantly, thousands of people adopted the responsible habit of collecting them regularly” says Alexandra Arnautu, program manager.

While Romania may still be lagging behind the European batteries recycling standards, the volunteers of the Recycling Patrol continue to foster progress in this respect, with mind-blowing records. Throughout the history of the program, the top-performing school succeeded in collecting over 415kg of used batteries in several months.

In 2021, over 50 teams all over the country are creating campaigns to educate their peers that no used battery or accumulator should be thrown in the trash bin. Little by little, families, schools and institutions join the movement and collect this type of e-waste, making their communities greener and encouraging good practices.