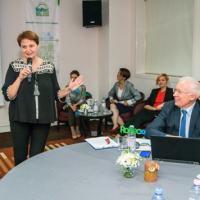 The Romanian Recycling Association RoRec celebrated this November 10 years of WEEE recycling in Romania, 10 years full of challenges, but most importantly, of achievements.

The event organized under the claim “Together for a European future!” focused on future prospects, capitalizing on the achievements of the first 10 years of activity. As main contributors to RoRec Association’s success, the producer members were invited to discuss environment and CSR topics. They were being briefly introduced to communication campaigns, the infrastructure and tailored tools development, and special projects, such as the take-back system, which were developed and refined over the last 10 years. All these can secure the operational capacity critically needed to 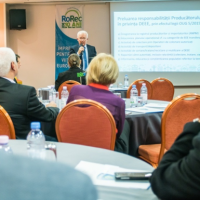 achieve the collection targets imposed by the legislation.

10 years ago, the Romanian Association for Recycling RoRec was born to take over the responsibility for the management of electrical waste from the founding producers. At that time it was like a newly discovered territory. We had the task of collecting a substantial amount of electrical waste, in a very short while, to recover the gap to European standards. Our aim was to prove that YES, IT IS POSSIBLE. And we proved it. For us, success is not a choice, but the only way. We have to fulfill our assumed mission to the industry. Past choices have created functional solutions that have helped us get 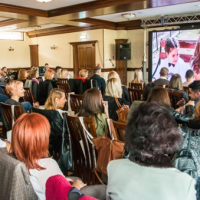 where we are today. The principle remains valid. The future is the result of the decisions we have already taken. – Liviu Popeneciu President  Director General RoRec Association.

On the same occasion, the community of operating partners was invited to the yearly convention. Programs, instruments, IT platforms, and other facts and figures were discussed, in preparation of the new plans and commitments for the next very difficult year 2018.

The 10 year review offered the opportunity not only to point out the successes of the past, but most importantly to see that the projects and tools in place can be successfully used to reach the targets in the future. 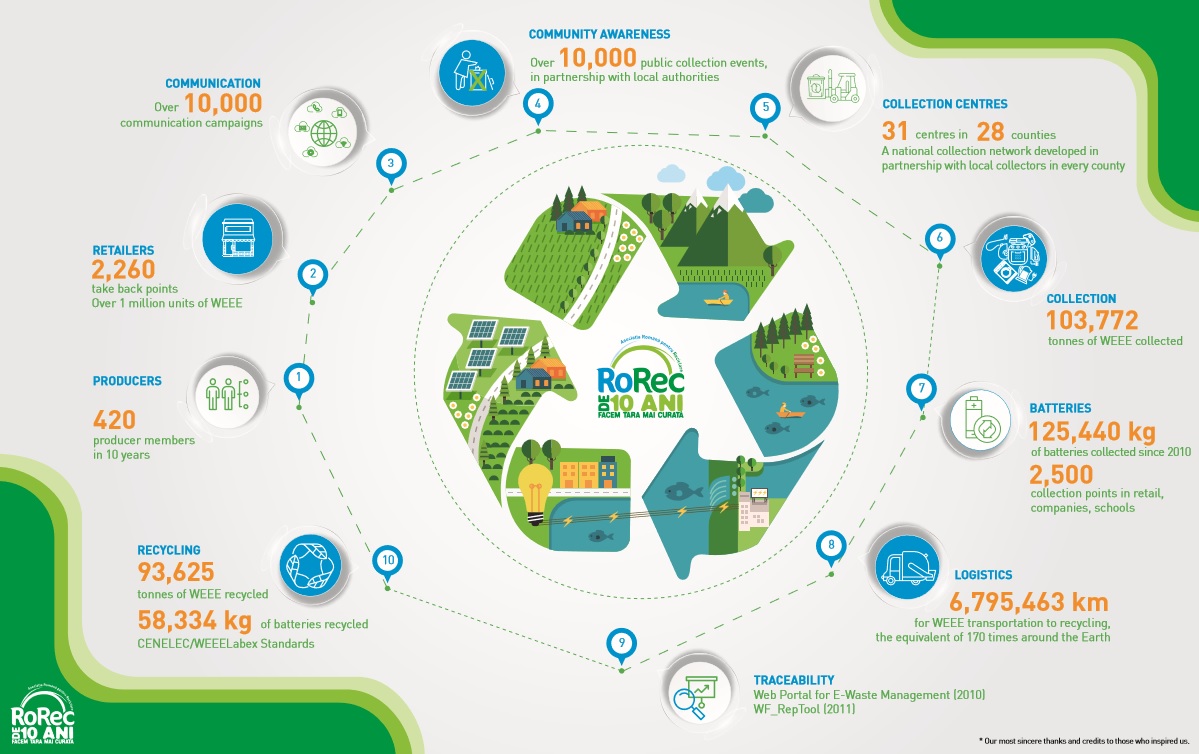